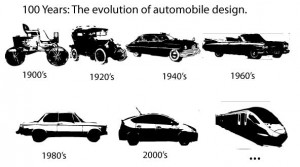 Con: Theistic evolutionist: “Evolution is compatible with Religion and should be accepted”.

Pro:  Evolution is fake science and bad religion. Why would God outsource to Darwin? Color changes as well as metabolic, antibiotic, antibiotic-resistance, and many other adaptations is what organisms do day in and day out. Yet none of these normal adaptations has ever been observed to cause transmutation into other organisms – the primary claim of Darwinism. And no, classifying closely related organism into arbitrary and poorly defined “species” for the unstated purpose of fabricating evidence does not constitute serious proof on behalf of Darwin’s theory.

Con: The primary claim of the theory of evolution is decidedly NOT “transmutations into other organisms”. It is change in gene frequencies through time, which act on the population level not the individual level.

Pro:  For sure your preferred definition doesn’t mean to renege on Darwin, but instead is just a very poor attempt to deflect criticism. As we all know, Mendel’s genetics was forced into a marriage of convenience with Darwin’s evolution. And now, the time has come for a divorce. For a successful career, I suggest you focus on genetics (real) and deemphasize evolution (speculative).

Con: Imperfection in organisms makes sense from an Evolutionary perspective, but not from a Creationists one.

Pro: “Imperfections” make sense from an organism development plan perspective. Besides, what is “perfection” anyway? Historically, people have appreciated different qualities in objects and beings and competing designs of certain objects are never identical, suggesting that ‘perfection’ is elusive. In addition, members of the same species are never equally endowed, so why even expect design perfection?

Con: Genetics is one of the pillars of evolution as it also shows how it happens.

Pro: How can genetics be a pillar of evolution when the two were completely unrelated until Dobzhansky’s synthesis of moribund Evolution theory with Genetics to revive the former? That happened in 1937 but Darwin and Mendel had nothing in common whatsoever.

Con: There is overwhelming evidence regarding evolution. Genetics, observations, fossil records, etc, all show it is the foundation of biology.

Pro: You could end the controversy here and now through an experiment that transforms one known life form into another known life form. But you can’t. And no, developing antibiotic resistance doesn’t count as the resulting bacteria is still of the same species as the original.

Con: Quantum mechanics has nothing to do with evolution.

Pro: Darwin repeats the gradualism mantra several times in “Origin of Species”, and it is clear that without that his theory fails apart. Quantum mechanics shows that charge, spin, energy – all come in discrete values, hence no gradualism in nature, hence Darwinism fails. And what is sexual reproduction other than a quantum leap? The newborn is not same as either parent but a mix of the two plus novel characteristics. Darwin could not have known genetics, but you should know this minimum.

Con: Darwin’s great insight was that while species do change, they do not progress toward a predetermined goal: Organisms adapt to local conditions, using the tools available at the time.

Pro: People have known for ever and didn’t need Darwin to tell them that “Organisms adapt to local conditions”. The only thing Darwin added was the pure speculation that somehow organisms change into other organisms over time, but this speculation was never ever confirmed even in the most simple and fast reproducing organisms.

Con: Angraecum sesquipedale, known as Darwin’s orchid is best known from Darwin’s prediction that there must be a moth with an extremely long proboscis. He made this prediction in 1862. The moth (Xanthopan morganii praedicta) was discovered in 1903, 21 years after his death. This was one of the great experimental vindications of evolution.

Pro: That was deductive reasoning, not a prediction: “something must pollinate that plant, and a moth with a matching proboscis is possible”. This observation conforms to the theory of evolution, but it’s far from being sufficient evidence. The observation is also very much compatible with competing theories.

Con: Evolution has predictive power for finding the previously unobserved remains of intermediate species: Date two linearly related but now geologically remote species, match the intermediate date with a land mass in the neighborhood during the same period, go where that land mass ended up and dig to the prescribed, time-correlated depth. Voila, as Darwin predicted.

Pro: When you’re expecting a certain hypothesis to be true no matter what, you will interpret all field observation as the find you were looking for so ardently. This is called ‘confirmation bias’.

Con: Cancer is Evolution in action.

Pro: Evolution is not a Scientific concept – i.e. not verifiable as it lacks a clear, testable definition. If and only when this will ever be resolved, we will be able to compare Cancer to Evolution and evaluate a possible match. Until then, a simple observation is that Cancer kills itself by killing the host (if we even want to go as far as assigning a self to Cancer). Transmission in a few cases is due to the incidental and preexisting behavior of the host which has nothing to do with the Cancer itself. If Cancer had modified the behavior of the host, then the resemblance might be somewhat more believable.

Con: Evolution is true. Besides, why fight it so fiercely anyway?

Pro: Darwinist evolution is a never ending chain of unsupported generalities and illogical claims. For 150+ years, Darwinism has been a cancer on the human mind, responsible for Communism, Nazism, Eugenics, and destructive soulless Atheism. As Jew, Christian, Muslim, Hindu, etc., you are delusional in trying to reconcile Darwinism with your other Beliefs.