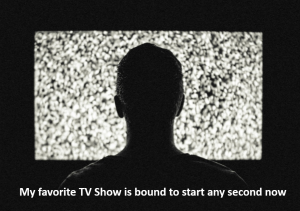 Pro: 1. It could be or it may not be as shown. Or it could be a combination as in “only 1 to 6 outcomes w. uniform distribution – see dice”. Therefore it doesn’t tell you “it is”. For “could be” to have any value, you must attach a probability. And you can’t because any random sequence can also be non-random generated! There is no such thing as: “given this outcome, there’s an X % probability the process is random”. Check you statistics book! 2. It could still be random with almost zero probability. We generally take that as “not random”. What trips you is the asymmetry between random and non-random. While non-random (design) can easily look random, it’s almost impossible for random to look non-random for anything larger than a few bits. Data communication systems do their best to output random-like data for protection and for communication efficiency. On the other hand, ‘infinite monkey’ experiments have and will always fail: https://en.wikipedia.org/wiki/Infinite_monkey_theorem

Pro: 1. “It’s consistent” means absolutely nothing. Fact is, you cannot say FOR SURE. As you know, I designed that sequence, so no, it’s not random. I also designed a sequence that incorporates randomness: “flip coin and then reverse output for the other 9999 outputs”. 2. Yes, “nothing” is the right answer – not from the outcome. Remember it’s a black box – you don’t know the stats – it might be a 10-face die with one 1 and nine 0. It can also be a loaded coin or even a fair coin and your trial is just one of many trials (hand picked or freak outcome). Of course, if you already know the system, you don’t learn anything new from one set of outputs, so the answer is still “nothing”.

Con: What about Occam’s Razor?

Pro: Occam’s Razor is no guarantee, and intelligence out of randomness is not a coherent simplest explanation. There’s way too much magic in the “primordial soup”, “abiogenesis”, LUCA, arising of everything, cosmological inflation, quantum fluctuation, and so on. What is more Occam’s Razor simpler and conforming to observation than “only Intelligence Creates”?