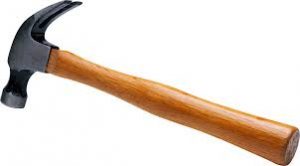 Call it automaton, golem, automatic pilot, robot or artificial intelligence (AI), the idea that the inert can turn into the living is not new. And if God can make this happen, why can’t the human? While everything is possible in fiction of course, even some of the actual human creations have been advanced enough for their times to amaze the uninformed into believing these devices have actually crossed the impossible barrier and come alive. But once the uninformed becomes informed, the performance becomes less compelling if still amusing. In essence we are witnessing an arms race between human imagination and human creativity.

So what does the future hold, and will AI surpass mankind? We’ll see more of the same, of course. Computers have bested the humans in terms of stamina, accuracy, and speed. However, the human designer behind the machine makes all this possible, not the machine itself. The AI tool only projects the intelligence and will of its designers even when far removed and masked by “machine learning”. When the tool fails, the blame falls squarely on the human designer and the company that produced the device. Intentional or by mistake, rogue AIs are possible as of today, some even showing fake willpower if designed to make that statement.

Free Will and “Artificial Creativity” machines have been attempted unsuccessfully by the “singularity” crowd, those vested in a mechanistic view of intelligence. These attempts will continue to fail because Conscience, Willpower, and Creativity are not just regular milestones in a bottom-up progression as imagined in the Darwinian fallacy. Instead they derive top-down from their Creator, no matter how removed the link appears. But in the end, AI is not much different than any other ordinary tool such a hammer.