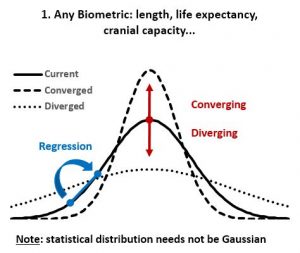 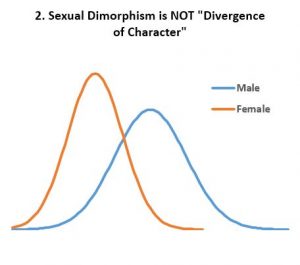 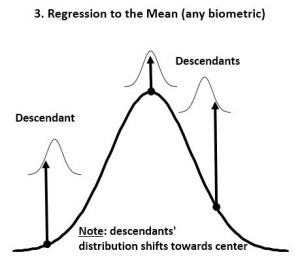 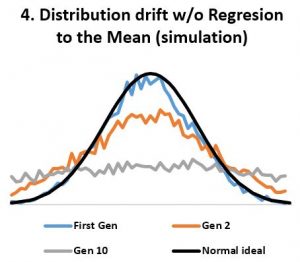 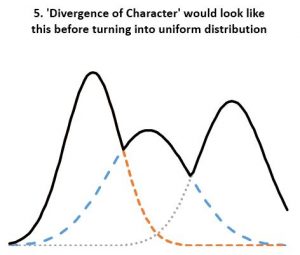 Con: Why can’t the ‘mean’ in the ‘regression to the mean’ be moving freely as in ‘divergence of character’?

Pro: It could if there were any evidence for it. But ‘living fossils’ among other evidence refutes a drift of the mean into new ‘character’. Also, not how ‘divergence of character’ is supposed to work according to Darwin: “when organisms compete for scarce resources, natural selection should favor those individuals that are least like their competitors”.

Posted in Views and tagged antibiotic resistant bacteria and the domesticated plants & animals, cichlids of the African Great Lakes, Darwin’s finches, divergence of character, regression to the mean, the peppered moth.